Much of the Neuro-navigation equipment utilised in modern day DBS was developed in the lesional era. Early after the Second World War, Neurosurgeons had begun to turn their attention as to how to safely and accurately reach deep brain regions.

The solution came in the form of attaching a 3 dimensional scaffold to the skull, which then provided a reference to which any point enclosed in that space could be defined by x, y and z co-ordinates. This device became known as the Stereotactic Frame. At North Shore Private Hospital, the Sydney DBS surgical team use the CRW stereotactic frame (see below). 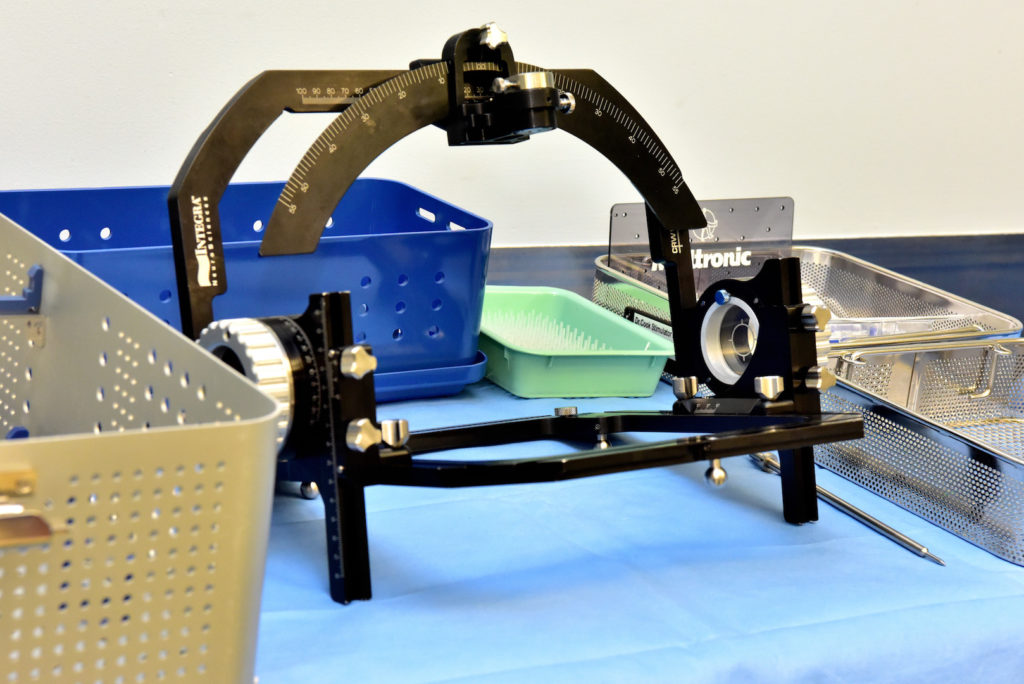 The CRW frame allows programming of the surgical target to 0.1mm accuracy. The arc at the top of the frame can be rotated in a front to back plane and the electrode holder in a side to side plane allowing determination of optimal trajectory through the brain to the planned surgical target.

The first stage of DBS involves application of the Stereotactic frame, performance of a Stereotactic CT and computational surgical planning.