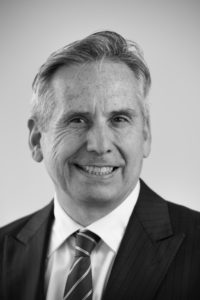 Dr Raymond Cook is a visiting Neurosurgeon at Royal North Shore Hospital and North Shore Private Hospital, St Leonards, NSW. Dr Cook was born in Sydney, schooled at Newington College and studied / graduated in Medicine at the University of Sydney in 1982. His fellowship with the Royal Australasian College of Surgeons in Neurosurgery was awarded in 1993 after 10 years of post-graduate training in Neurosurgery. He has been in practice as a Consultant Neurosurgeon since 1993 having trained in Sydney, Perth, London and Birmingham Alabama. He was senior registrar at Atkinson Morley’s Hospital / The Children’s Hospital at Great Ormond Street in London (UK) for two years and was a fellow in Neurosurgery at the University of Alabama (USA) before returning to Sydney to work at Royal North Shore Hospital and North Shore Private Hospital as a VMO for the past 25 years.

Dr Cook is widely published in many fields of neurosurgery but focussed in neuro-oncology and functional neurosurgery (deep brain stimulation). These two subspecialties have been his main academic interests throughout his career.

Dr Cook is experienced in surgery for brain tumours in adults (glioma / meningioma / pituitary tumour / ventricular tumours etc) and has been a referral surgeon for awake tumour resection for tumours in eloquent brain regions throughout his career. Dr Cook has been an invited speaker of the Neurosurgical Association of Australasia presenting his extensive experience in glioma resection.

Dr Cook is a cofounder and current Chairman of Sydney Neuro-Oncology Group (SNOG) charity which funds research into brain tumours, education and enhanced nursing care of patients suffering from a brain tumour. See http://braincancergroup.com.au for details of this organization.

The functional neurosurgical component of Dr Cook’s practice has blossomed over the past 20 years with Dr Cook running Sydney Deep Brain Stimulation (DBS) surgery with Dr Paul Silberstein (Neurologist).  Deep Brain Stimulation is surgery which is used in the current management of Parkinson’s Disease, dystonia, tremor and rare disorders such as Tourette syndrome etc.

Currently Dr Cook is in full time practice based at St. Leonards, NSW and travels to Gosford and the Central Coast where he sees both public and private patients.

His neurosurgical practice whilst specialized as above involves all aspects of brain and general spine problems including common conditions such as disc prolapse, nerve compression causing sciatica or arm pain etc.

Next in a new series of blogs titled ‘Living Well with Parkinson’s Disease – Sorting the Motherhood Stuff’, Drs Natalie Palavra and Paul Silberstein discuss ‘Medications in Parkinson’s Disease’. Dr Palavra introduces the blog in this short video. Why is medication adherence important in PD? Together with exercise and maintaining overall wellbeing, medications are a […]