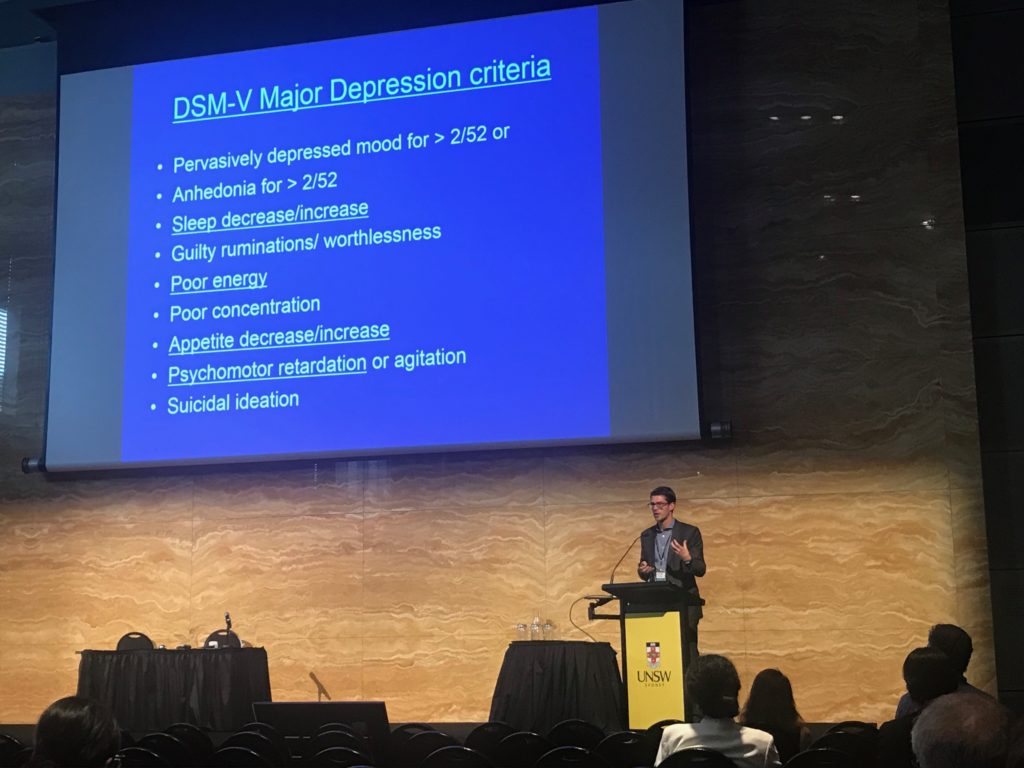 On 28 October, Sydney DBS doctors spoke at the Neuropsychiatry & Behavioural Neurology Conference at UNSW in Sydney. The event attracted a variety of keynote speakers from around Australia and themed sessions were held about specialist subjects such as brain stimulation, cognitive neuropsychiatry, Parkinson’s disease and neuroinflammation.

The event is operated by The Royal Australian & New Zealand College of Psychiatrists and the theme for this year’s event was ‘Clinical Neuroscience Paradigms for 21st Century Practice’. Sydney DBS Neurologist Dr Paul Silberstien gave the audience a Parkinson’s Disease update and current state of intervention and Neuropsychiatrist Dr Linton Meagher spoke about the neuropsychiatric considerations of Parkinson’s Disease.

For other opportunities to hear our doctors speak, go to www.sydneydbs.com/in the community

Many of the symptoms of Parkinson’s disease relate to a gradual reduction in the ability of the brain to produce a critical chemical know as dopamine.  Indeed this discovery and the subsequent development of medications which increase brain dopamine (dopamine replacement therapy) have remained the mainstay of medical treatment of Parkinson’s disease since the 1970’s.  […]